A lifelong tennis player who trained at the IMG Academy in Florida under world renowned coach, Nick Bolletteri.   She is a 2x All-Region player for Paul Laurence Dunbar HS in Lexington where she led the team in wins and earned MVP honors. Anna was named the USTA Kentucky's Hambrick Award winner for sportsmanship and honored during their annual ceremony in Louisville.  She played tennis for Transylvania University, leading the women's team in wins during the fall 2017 campaign.

She specializes in working with teens and kids.

Update: Anna currently has a waiting list for lessons, based on her current schedule.​ 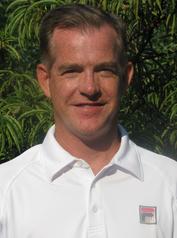 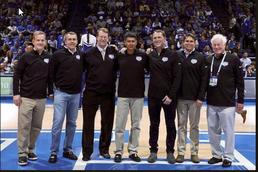 He is a certified USPTA Professional and teaches all levels; from beginners to world ranked ITF players. Dan is a 2x KHSAA State Championship Coach (2017 & 2019) for Paul Laurence Dunbar HS in Lexington and trained/certified by U.S. Center for SafeSport.  He is sponsored by Wilson Racquets, Nike, SA Company (sports/face shields),  Kinesys Performance Sunscreen, and Frogg Toggs. Dan is married and has four children. 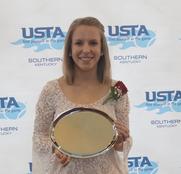 Highly ranked as a Junior player winning numerous titles as well as being honored with the Kentucky Tennis Association's Sportsmanship Award at age 18. He went on to play for legendary Coach Dennis Emery at the University of Kentucky. After tennis, he worked with Coach Emery as the Media Relations Director for Men's Tennis at UK for 2 years.

Dan is a resident of Copperfield and has been a Sales Rep. for Duplicator Sales & Service in Lexington since 1990. He also hosts the "SportsLeader Spotlight" segment for WMJR 1380AM Realife Radio in Lexington.